Last Gasp of Summer Sizzling Read-LOVE AT HIGH TIDE Only $0.99!

Trying to cram in fun and reading and relaxation over the holiday weekend? Let me help! My short, sassy and sexy summer beach read is still only $0.99 on Amazon (but I have a feeling that is going to end very soon). If you can't get to the beach this weekend, it'll take you there virtually. Here's a STEAMY snippet from it to get you going! 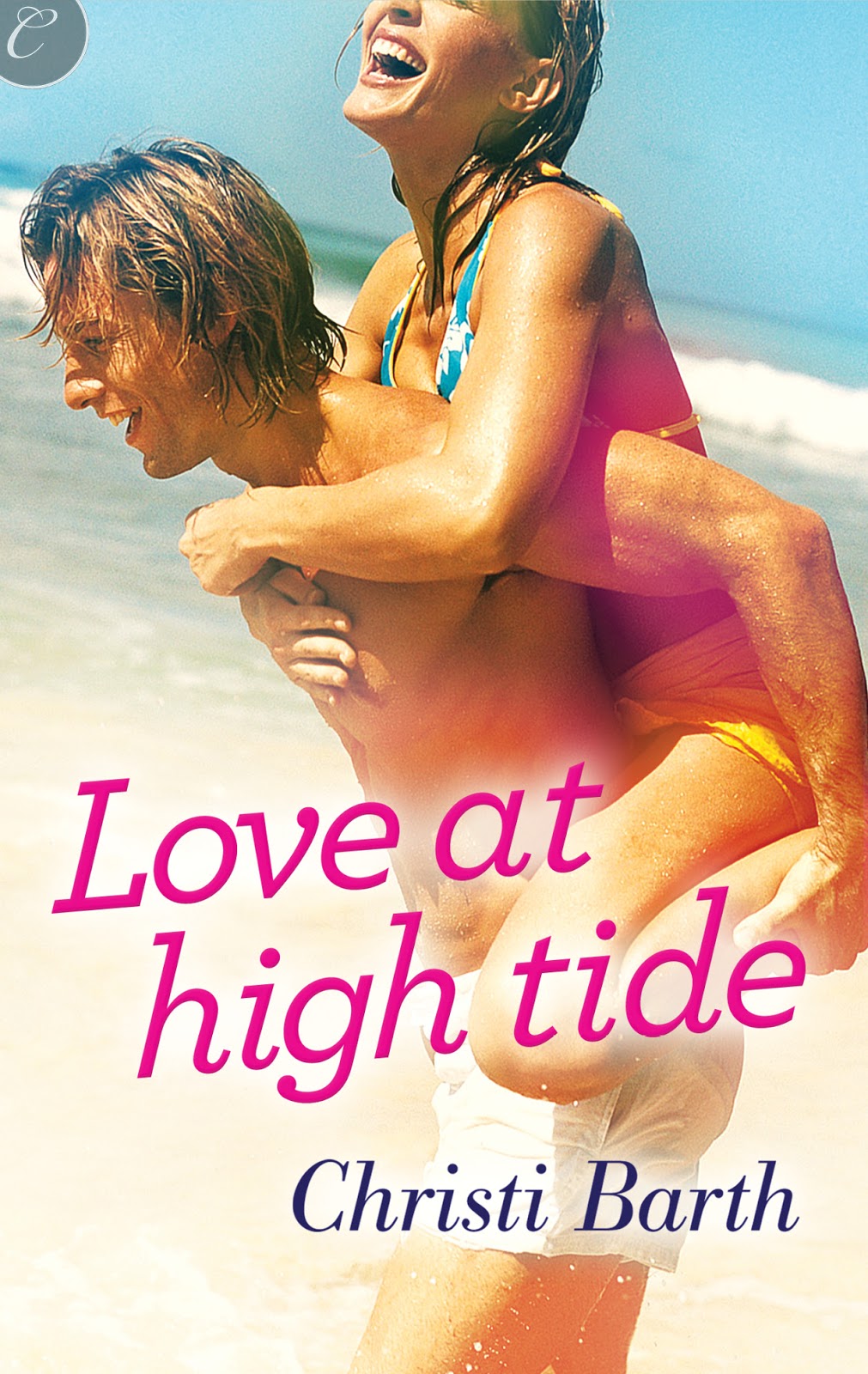 “I promise you’re not going to be cold much longer.” Coop climbed the rungs of the high-backed lifeguard chair. Once on top, he sat and easily slid Darcy right into his lap. She leaned her head against his shoulder.
“This is wonderful. I feel like I’m on a throne. Queen of the ocean.”
“Well, Poseidon himself did sort of deliver you to me on that wave yesterday. I get my Greek and Roman goddesses mixed up. What would that make you? Aphrodite? Venus?”
“Ha-ha. I’m no goddess.”
“Guess that PhD doesn’t make you so smart after all. Because you are most definitely a beautiful goddess.” To stop her protest, Coop brushed a kiss across her lips. She melted into his embrace. So soft, so yielding. Darcy opened her mouth on a moan. The invitation didn’t get lost on Coop. He deepened the kiss, thrusting his tongue inside. Tasting, touching, learning more about what she liked with every stroke.
His whole body thrummed with lust, like the insistent bass reverb at a rock concert. Easing her back against his arm, Coop gave himself better access to the lusciousness of her breasts. He grabbed the zipper of her borrowed hoodie between his teeth and slowly pulled it down. Darcy squirmed a little. This time it burrowed her deeper into his lap as she threw her legs over the arms of the oversized chair. Beneath the jacket she wore only her bright red bikini top. All it did was offer her breasts up to him. Her beautiful, creamy mounds drew him closer.
“Don’t tease me,” Darcy whispered. “Taste me.”
Never let it be said he didn’t deliver on such a request. Coop nibbled his way down her neck to her collarbone. There he switched to long, slow licks. Like following a topographic map, he traced the clavicle to her sternum. And from there, he used his tongue like a paint brush. Swirling, licking, nuzzling, tickling. It didn’t take long before Darcy rose up to meet him. Each breath a pant, each arch of her back driving him closer to the edge of the taut fabric.
Instead of nosing it aside, Coop sucked the slightly salty fabric into his mouth. Her nipple immediately peaked from the suction. His left hand reached for her other breast, tracing circles on top of the fabric around her nipple until it also rose. Darcy’s hands ran through his hair. She pulled him closer, which was exactly where he wanted to be. His tongue swept aside the damp fabric and he laved her nipple directly. The soft, slightly puckered skin felt so good between his lips. Coop groaned, and the vibration seemed to inflame Darcy.
Suddenly holding her on his lap turned into a difficult, if not bad, idea. The friction between her oh-so-sweet ass shifting back and forth against his rock-hard cock could drive him right over the edge. It took a bit of maneuvering, but Coop managed to slide out from beneath Darcy. Now she alone sat in the chair, arms braced on each armrest. Coop stepped down two wide rungs. He grabbed her hips and pulled her to the edge of the seat. Now they lined up perfectly. His right hand kept molding her ass while his left did the same to her breast. The rhythm of his squeezes matched the slight bucking of her hips.
She used her hands to pull him close again. Chuckling, Coop teased his way down her stomach. He felt her diaphragm contract with every lick, every twitch he pulled out of her. All the blood pooling between his legs pulsed to the same beat. Darcy clawed his shirt up and over his head. Then she resumed stroking his back, nails digging in slightly as payback for every nip of his teeth against her flesh. Coop reveled in the cool night breeze against his overheated skin. Her response had driven him up so fast, so hard. Darcy seemed to be right there with him. This was the most fun he’d had in, well, a very long time. And Coop didn’t want to rush it, no matter how great the need to drive himself into her.
Christ. They couldn’t do this out in the open in a lifeguard chair. Darcy pushed him to the edge of reason, but Coop vowed to cling by his fingertips. He pulled her bikini top back into place. Resettled the jacket from where it had fallen to her waist back up at her shoulders. “Darcy, you have no idea how hard this is for me to say—”
“Oh, I think I know exactly how hard it is.” With a low, throaty chuckle, she palmed him through his shorts. The sensation almost catapulted him backward. God almighty, the woman knew how and where to touch to melt a man into a lava pool of need.
Posted by Christi Barth at 2:36:00 PM