*** Pre-order now for only 99 cents! Price goes up the week after release. ***18 brand new sexy stories from bestselling authors, each one too steamy for the penalty boxGet ready to fall in love with the smokin' hot hockey players of the New Orleans Cajun Rage. After this season's Cinderella run all the way to the Finals, these heroes have won the Cup--and now your heart is the goal. 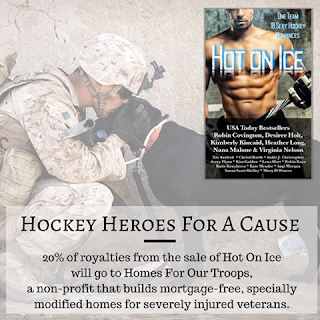 20% of royalties from sales of Hot on Ice will go to Homes for our Troops, a charity that builds specially modified homes for injured veterans.

Little did they know that winning the Cup would just be the start of the hottest summer of their lives. . .


The New Orleans Cajun Rage professional hockey team just won The Cup. No one thought they’d do it: they were a team of shoulda beens, never coulda beens and a star or two. They’d only been in the Crescent City for three years before this year’s Cinderella run that had them skating off the ice with the championship.
Over the following summer, each player gets t

o keep the Cup for a day. Nobody knows why, but whoever has the Cup falls in love. 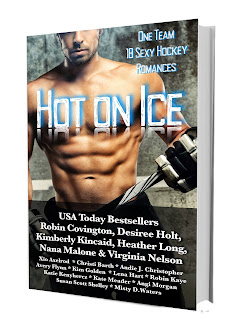 Thank you for being loyal readers! To show their appreciation, your favorite authors have come together to offer a book for FREE. Download one or all. Maybe you'll find your next favorite author.

Please note: all sales are limited time offers.
Don't have a Kindle? Don't worry. Read with the FREE Kindle App.

**Please note: these books may not be free on other Amazon sites and many of these books are free for a limited time only.** 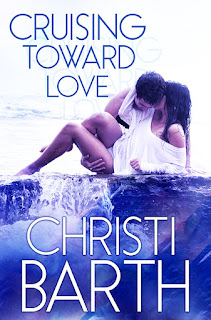 You can grab my island hopping romance, CRUISING TOWARD LOVE for free in this promotion! It'll give you that taste of ocean and summer and sassy sexiness to banish the March blues!
Posted by Christi Barth at 11:48:00 AM 1 comment:

From New York Times Bestselling author Laura Kaye, comes the next steamy standalone romantic suspense in her Raven Riders Series, RIDE WILD! Check out the amazing cover and a note from Laura below!


A Note from Laura Kaye:

I’m SO EXCITED to share the newest cover in my Raven Riders series, which is about a different kind of a motorcycle club with a protective mission! Ride Wild is about Sam “Slider” Evans, widowed dad to two little boys. From his very first mention in Hard As Steel, Slider has called to me to write his story – and now I’ll be doing just that! And I think this cover captures him SO WELL! So give it a look, and then be sure to check out Ride Rough too – Maverick’s book is coming April 25 AND if you pre-order, you’ll get a bonus story about Beckett Murda and Kat Rixey from the Hard Ink series having their baby!

So much good stuff coming your way!

Thanks for reading! Now enjoy this cover!

Brotherhood. Club. Family. They live and ride by their own rules. These are the Raven Riders...

Wild with grief over the death of his wife, Sam “Slider” Evans merely lives for his two sons. Nothing holds his interest anymore—not even riding his bike or his membership in the Raven Riders Motorcycle Club. But that all changes when he hires a new babysitter.

Recently freed from a bad situation by the Ravens, Cora Campbell is determined to bury the past. When Slider offers her a nanny position, she accepts, needing the security and time to figure out what she wants from life. Cora adores his sweet boys, but never expected the red-hot attraction to their brooding, sexy father. If only he would notice her...

Slider does see the beautiful, fun-loving woman he invited into his home. She makes him feel too much, and he both hates it and yearns for it. But when Cora witnesses something she shouldn’t have, the new lives they’ve only just discovered are threatened. Now Slider must claim—and protect—what’s his before it’s too late.

Add to your Goodreads!

And don’t miss the first books in the Raven Riders Series!

Get a Bonus Short Story for Pre-Ordering Ride Rough, Coming 4/25/17!

Order a signed Ride Rough through the Virtual Signing!