#TeaserTuesday A HOT Excerpt from ALL FOR YOU 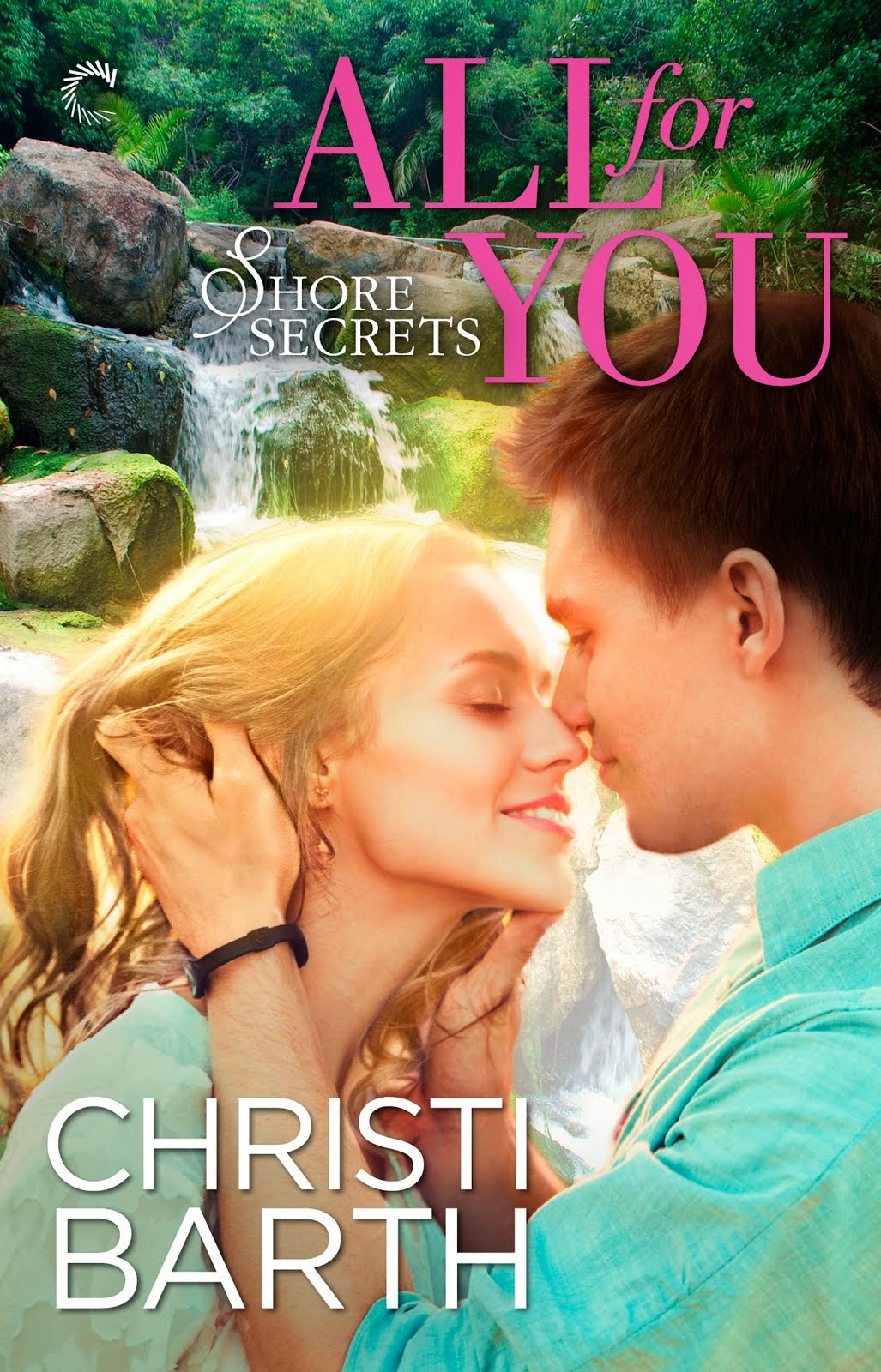 It is freezing - well, below freezing, actually - outside. So I'm sharing an excerpt today designed to heat you up from the inside out!

Zane curled his palm around her jaw. Thumbed across the apple of her cheek to gently stroke the soft contours of her pink lips. “Hi, Casey. It’s nice to see you.”
“Ditto.”
“I didn’t stop thinking about you the whole time I was gone.”
“Me, neither. I dreamed about you,” she admitted, color flooding into her face.
He liked the sound of that. Might even insist on a play-by-play re-enactment to see how it meshed with his waking fantasies about her. “Wanna make out?”
“I thought you’d never ask.”
Zane twisted from his core to roll her beneath him in one, swift move. Then he paused. Just…looked. Pink still flushed her cheeks. Anticipation sparkled her eyes. And her lips…yeah, that was enough looking for now. Zane bit her bottom lip and gently tugged. She responded by extending her tongue to lick the edge of his top lip.
“Tease.” God, he was grateful for it. Women who took sex too seriously bored the pants right back onto him. Nobody should check their personalities at the edge of the mattress.
“You started it.”
He pressed his wrist into the small of her back, urging her to arch against him. Casey flowed up like water. Her hips pulsed once. His cock gave an answering lurch that tripped a moan from her. Zane locked his lips onto hers, tongue mimicking the motion of their hips. She tasted of chocolate and heat.
It was hard to concentrate on the friction and slide of their tangling tongues. The shockwave of sensations from their kisses mingled with the goose bumps erupting on his back. Casey had worked her hand beneath his new Sagamore T-shirt to make long sweeps along his spine. The slow, undulating rhythm reminded him of a tide pushing against the shore. Or the way he’d move once he finally got inside her.
Casey expressed her passion in her soft touch, the way she constantly moved beneath him, the breathy way she urged him on with the almost purrs emanating from the back of her throat. Zane needed no urging. “Want more, gorgeous?”
Bringing both hands up to frame his face, Casey deliberately opened her eyes to lock that forest-green gaze onto his. “Whatever you’ve got,” she challenged.
Zane captured her wandering hands. They were too much of a distraction, would push him too fast. So he locked both wrists in one firm hand above her head. Used the other hand to trace a line down the underside of her bare arm, tracing the delicate blue veins to her elbow. Casey shivered. He kept going, all the way to where the armhole of her white tank pulled taut against the rise of her breast. From there, it was an easy sweep with his thumb to pull the stretchy fabric down.
The late afternoon sun streaming in the windows pooled conveniently across her chest. Her bra was all lace, swirling patterns that in no way hid the change in color from her tan breast to the pale coral of her nipples. Zane’s breath caught in his throat. “You know you’re beautiful, right?”
A moment of silence. Almost silence, rather, as the open windows let in the rustle of the breeze through the trees. “Not all of us are as self-assured as you.”
“Casey, you’re a work of art. Soft, like gold, but laid over a strong core of platinum. With the glorious textures and colors of an oil painting. The delicacy of a spun sugar orchid. I could stare at you all day.”
“I hope you’re going to do more than just stare.”
“You interrupted before I could tell you what I’d like to do all night.” Zane lowered his head. Didn’t bother with any tentative licks along the edge of her tan line. No, he just planted his mouth right on the center and sucked. Hard. Hard enough that the nipple immediately pebbled into a rigid nub. Perfect. Zane pulled again, and then flicked his tongue quickly to push it against his teeth. The added pressure set her body to squirming beneath him.


“That’s so good,” she whispered.
Zane couldn’t answer. Not with a mouth full of the most perfect breast he’d ever tasted. With his teeth, he tugged at the wet lace, knowing the slight scratch of it would…ah, yes. Casey surged up, almost pulling out of his grip. Quickly he switched hands on her wrists and moved to the other breast. Equal time was important.
As though she’d read his mind, Casey murmured, “Hey, I want to be fair. Isn’t it your turn?”
So weird. How come women never got how much it turned men on to pleasure them? “Trust me, I’m taking my turn.”
Her brows drew together in the classic signal that she didn’t believe him. “Are you just trying to impress me?”
“Buttercup, if I was trying to impress you, we wouldn’t be on the floor.”