Did you ever stay up more than an hour too late because you just COULDN'T stop reading? That's what happened to me with Archetype by M.D. Waters....and the sequel Prototype, which releases today! Seriously, this is one of my favorite series of the year. 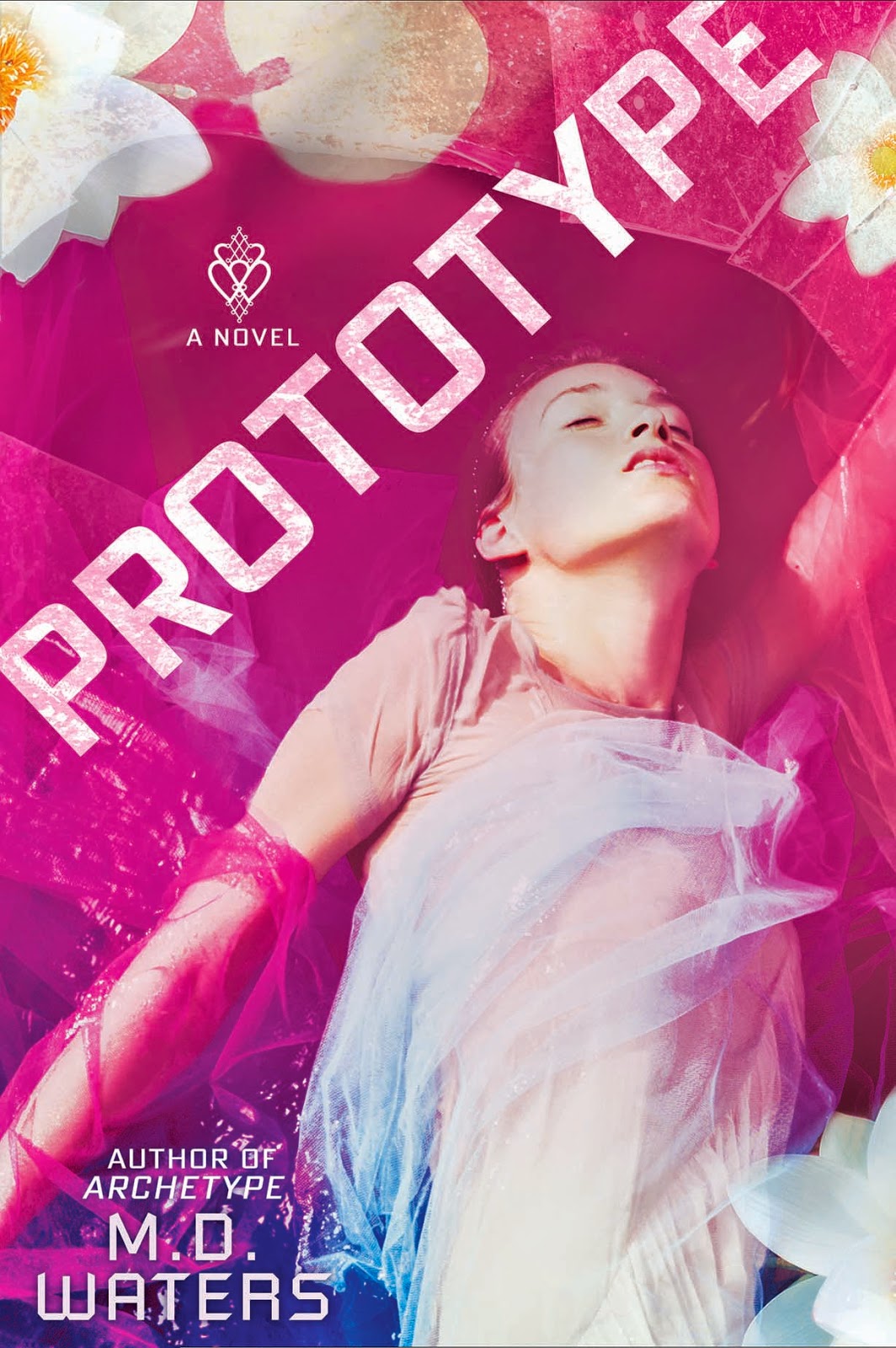 Emma looks forward to the day when she can let go of her past—both of them. After more than a year on the run, with clues to her parents’ whereabouts within her grasp, she may finally find a place to settle down. Start a new life. Maybe even create new memories with a new family.

But the past rises to haunt her and to make sure there’s nowhere on the planet she can hide. Declan Burke wants his wife back, and with a little manipulation and a lot of reward money, he’s got the entire world on his side. Except for the one man she dreads confronting the most: Noah Tucker.

Emma returns to face what she’s done but finds that the past isn’t the problem. It’s the present—and the future it represents. Noah has moved on and another woman is raising their daughter.

In the shocking conclusion to M.D. Waters’s spectacular debut, Emma battles for her life and her freedom, tearing down walls and ripping off masks to reveal the truth. She’s decided to play their game and prove she isn’t the woman they thought she was. Even if it means she winds up dead. Or worse, reborn.

Here's your first sneak peek (one of my favorite scenes!):

Noah crouches and charges out of the hallway, gun raised. It takes me a moment to gather the courage to follow. This is a far different situation than the simulation. That was a room full of harmless cats compared to this hungry lions’ den.
Noah and I duck behind columns and large cracked plant pots. We are trapped. Declan took no chances with this capture attempt. His men fire from several levels of glass balconies. Resistance fighters either take cover or lie prone on the expansive glass floor, where the ocean sways in a calm juxtaposition to the room above.
Then I hear it. The unmistakable pitched slice of a hairline break zigzagging across the thick glass bottom. In the chaos of the room, no one else has noticed. A crack starts and stops, angling in several directions into the room. The imbalance of temperatures must be creating thermal stress. The ocean too cold. The plasma fire too hot. Not every shot from above has met with a target, and I know personally just how hot they are.
I elbow Noah and nod at the new danger. He curses under his breath and taps the com in his ear. “The floor is breaking. Everyone out.”
The second he finishes speaking, the crack darts into the center of the room. On closer inspection, this flaw in the glass is not the only one. More spiderweb into the middle and meet. The entire room watches in abject horror.
Noah takes my hand and we sprint into the open. Plasma fire rains down on the unstable floor. We are nearing the hallway, with its nonglass floor, when a massive splash fills the room. The floor collapses and I drop into the ice-cold sea.
The saltwater burns my open wound. Noah, already having made it to the stable floor, never releases my hand, and falls. He lands on his chest with his arm sunk into the ocean. His grip around my wrist is so tight I think he might break the bones.
I tuck the gun—how I managed to hold on to it is a miracle—into the back of my jeans and kick. My boots are heavy, making the process hard, and I am grateful Noah has not let me go. I could very well sink under their weight.
In my frenzied paddle to the surface, my ankle gets tangled in the steadfast grip of seaweed. Not two seconds later, Noah yanks my injured arm, and I yelp reflexively in shock and pain. I lose what little air is left in my lungs. Bubbles sneak through my clenched teeth and pop on the undulating surface. Black spots fill my vision and my lungs burn.
I am going to drown, which is ridiculous considering Noah is right there. I cannot even call for help.
Noah twists aside as the blue shots of plasma fire seek him out. He releases my hand in the process, and I immediately begin sinking into the obsidian depths.