Bromance Alert-Cause Who Doesn't Love Hot Guys Trying To NOT Talk About Anything Serious? 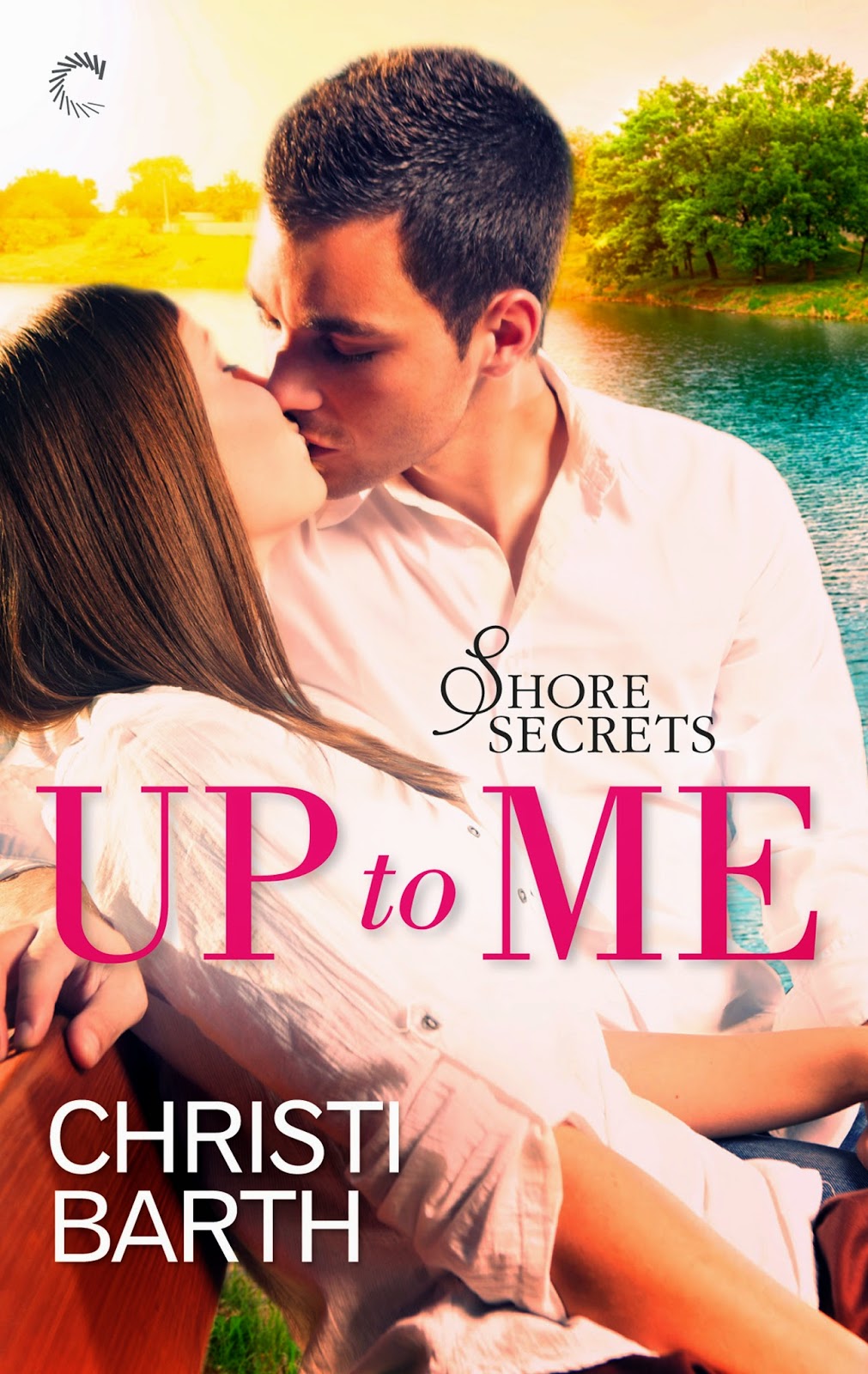 Can you believe Up To Me has been out for a month? I've been having the best time hearing comments from readers. One big one is that everyone is loving the bromance in this book. So here's a glimpse of my hot hero with his new BFF:


A horn honked. Son of a bitch. Gray lost his footing and stumbled into a bush. A large bush with needle-sharp thorns to help break his fall. He wrenched his back to avoid going any deeper into it and landed on his ass in the mud. Next to a frog. Or a toad. Something small, green and slimy-looking Gray was glad his hand hadn’t landed on.
The door slam coincided with a deep roar of laughter. “Nice moves,” said Ward as he came around the front of a shiny black truck.
“Did you honk at me?”
“Yeah.”
Gray looked down at his right arm, now streaked with thin red cuts to resemble a Picasso-esque version of a tic-tac-toe board. “Why the hell would you do that?”
He scratched at his beard with one hand. “To say hi.”
“Next time, use words. A word. A one-syllable word. Hi. Is that so damn hard?”
“What crawled up your ass?” Ward snarled.
“Half of this damn bush, apparently,” he yelled back. The frog ribbited at him, hopped right across his thighs and into the lush tumble of vegetation. The absurdity of the whole damn thing hit Gray and he laughed. He laughed so hard he wheezed. It didn’t take long before Ward joined him. Just in the laughing, not in the mud.
When Gray finally caught his breath, he said, “Sorry. For biting your head off.”
“Sorry I tried to be neighborly. Should’ve known a big-city type like yourself wouldn’t take kindly to it.” Still chuckling, Ward extended a hand to pull Gray up.
He grabbed on right below the frayed cuff of the red and black plaid flannel shirt. And said, “Bite me,” as he rose from the mud puddle with a squishing, squelching sound.
“You okay?”
“Yeah. Stupid to run on a road and not pay attention. Lucky I didn’t run right into a deer or something.” Gray shook out each leg and ankle carefully, checking to be sure he hadn’t twisted anything with his idiocy.
“Want a lift back to the Manor?”
“No!” The word came out too fast, too harsh.
Sure enough, Ward’s eyebrows shot up. “Want a lift anywhere but the Manor?”
This was where guys excelled. They caught a whiff of a sticky situation and provided immediate action to get as far away from it as possible. No stupid talking things to death. “Yeah. That’d be good.”
Ward rummaged in the bed of the truck, and then threw a trash bag at him. “You’re a mess. Sit on that.”
Well, shit. Just when Gray thought he couldn’t feel any worse, any dumber. He climbed into the cab of the truck, wincing at every crinkle of the plastic beneath his ass like he was an incontinent geyser. This was definitely a low point.
“You and Ella have a fight?” Ward asked as he accelerated back onto the road.
“Not yet.”
Another few miles sped by. Neat rows of vineyards, bracketed by a squat winery and wide pasture land with horses, in an endless loop on one side. On the other stretched the lake, a deep Prussian blue he remembered from the single semester of art he’d taken as an elective in college. Staring at it soothed him. Just enough to take the edge off his temper. Enough to keep him from pounding his fist against the window.
“You piss Ella off, that’s your business.” Ward said it straight and simple, like he was recounting box scores. “You hurt her, I come after you.”
“Noted.” And more than fair. Gray would do the same. That is, if he had any long-term friends to go to bat for. Guess if his mom ever started dating again he could roll out a similar threat. Although he’d be so happy for his mom he’d be more inclined to buy the guy the biggest steak on the planet.
“Is this bad enough I should beat you up pre-emptively?”
Gray shifted, rustling the plastic. Thought about it. About how much it would hurt Ella to know he’d lied to her. How angry she’d be to discover his real reason for being here. Then an even scarier thought hammered into him. What if she thought it was all a sham? That he’d gotten close to her, that he’d bared himself like never before, just to insinuate himself into her life? That she was a task on his to-do list to assemble his report?
“Might be a good idea,” he said in a low monotone.
Another few miles of beautiful sameness sped by. Ward reached back between the seats then handed Gray a six-pack of soda. Grateful, he snapped two out of the rings, opened them, and set one in the cup holder for Ward. The fizz of the carbonation was the only thing that broke the silence for another five minutes.
Then, when they stopped at a winery entrance to let a party bus slowly back out into traffic, Ward thumped his hands against the steering wheel. “You’re gonna have to tell me.”
“What?”
“What you were running from. Or how you’re about to fuck things up with Ella. Take your pick.”
Gray watched an already-wasted-before-noon woman flash him a hit of tangerine bra from the party bus, then sink back into her seat, laughing maniacally. “I pick anything but those two topics. I’d rather talk about ways to get rid of skunk stink. Or even describe the Technicolor misery of when I got food poisoning from a street vendor taco in Mexico.”
“Well, I pick anything but those two topics. Talk about god-awful. You must be conversation constipation at dinner parties.”
“Only if people try to peek at my emotional tighty-whities.” Gray gave the woman a polite thumbs-up as they drove away. He hoped she’d make it to lunch without throwing up. And doubted she’d last that long if they hit even one more winery.