The Utter Awesomeness of my #BEA14 Experience

In case the picture of Times Square doesn't give it away (I LOVE the movie ads that wrap entirely around a corner of the building), I was in NYC this weekend for BookExpoAmerica, the largest book trade fair in North America. This is my year of saying yes to every book-hawking opportunity that comes my way, so even though I just got back from RT in New Orleans, I re-packed my suitcase and hopped on a train. I'll skip to the moral of the story - it was awesome, so always say YES!

Seriously, this was the kind of trip that makes it worth all those late nights, alone in your office, which is why I'm sharing. Aside from sore feet, the only down side to the trip was the $14 ticket price to a matinee of Captain America. But it was worth it. Then I got hit on in the elevator by two above average men in matching shirts. Random, but great for the ego, and totally distracted me from my elevator phobia for 8 floors.

So BEA is a huge industry event. When everyone comes to town, obviously there has to be a party, right? Harlequin throws a great party - this one on the highest roof deck (34th floor) in Manhattan. Being on that roof deck meant that when the Rangers won, we got to watch them switch the lights on the Empire State Building from green to red, white & blue. It only stayed that way for about half an hour, but it was one of those epic NY moments to experience.

But in all seriousness, the best part of the party was hanging out with Shannon Stacey. Why? Because we've been Twitter friends for a few years now. It was so great to finally talk to her in complete sentences, discuss career paths and have someone to giggle with as we watched the party unfold around us.

The point of the trip, though, was BEA itself. I walked the 1/2 mile 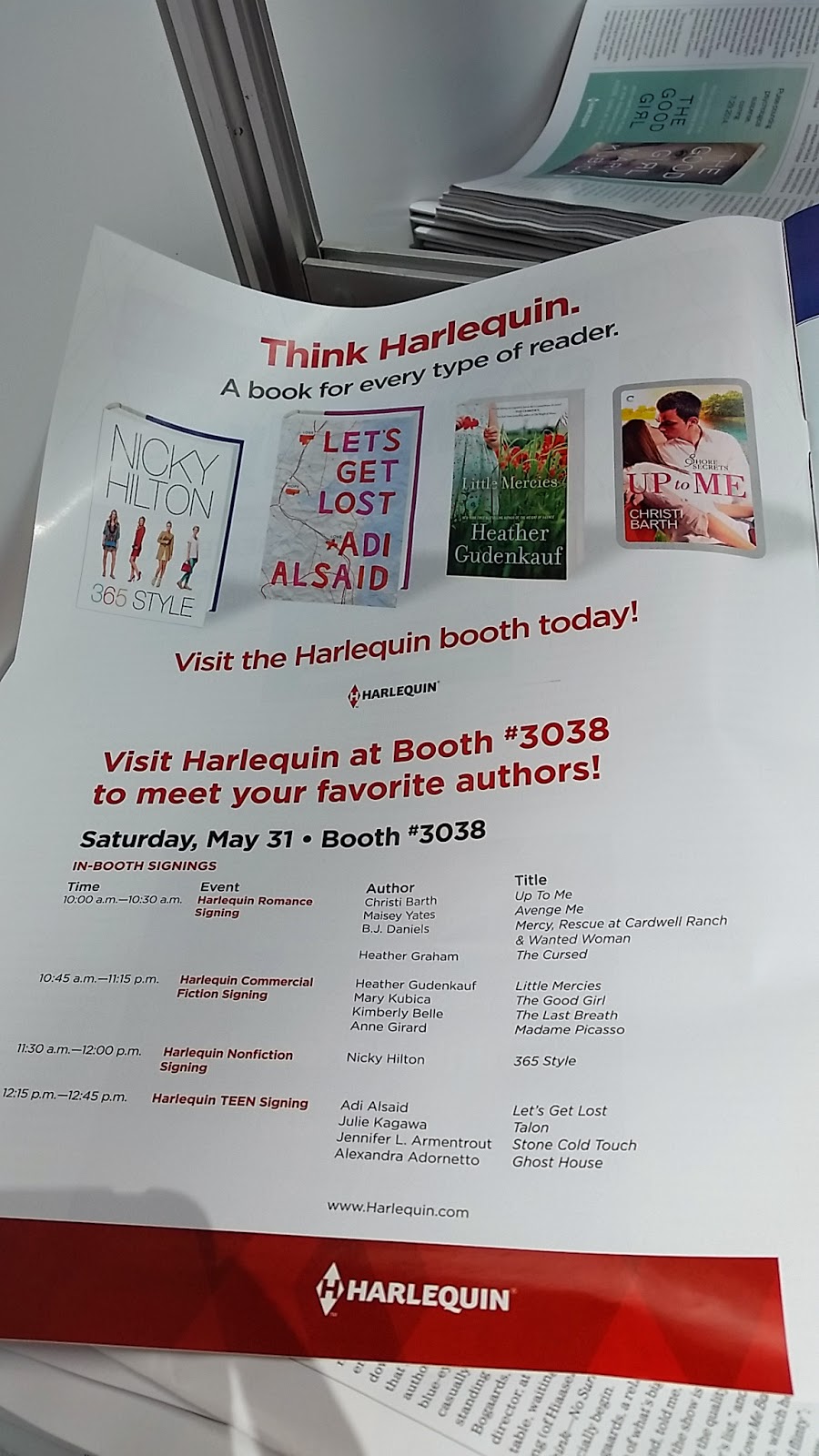 to the Javits Center (this thing is 6 city blocks long - huge doesn't begin to describe it!) because NY cab drivers are cra-za-zy and stumbled into a world of books. Fiction, non-fiction, every single genre of books was represented. The large Harlequin booth broke me out in chills when I processed that I actually got to sign there. I listened to a very fun panel of mystery/thriller writers including Brad Meltzer and Sandra Brown. Discovered that even when writers say they aren't superstitious at all....yup....they really are. Delighted in receiving an ice cream bar with a book. Nabbed a nice set of birthday and xmas presents for friends and family.

Okay, I'll come clean. BEA was maybe 3/4 of the point of the trip. The rest was enjoying NYC. Which I did. Because, just wandering through Times Square, I happened upon the rally to send off the US Soccer team to the World Cup. Got to watch their ESPN interview live and stand in the middle of hundreds of people chanting 'Beat Ghana!'. That's a true NY experience. As was our dinner where the waiter aggressively flirted with me until I kinda cut him off, and he ended up throwing our dessert plates down like frisbees. And all six of us trying desperately to keep from singing along to every single song during Rock of Ages. 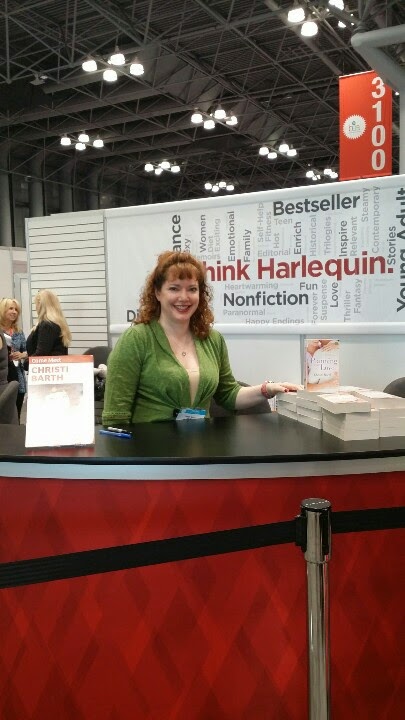 Finally, it was BookCon day, and the amount of people in the already crowded Javits Center grew exponentially. It took me ten minutes to get from the front door to the Harlequin booth, where I got to sign next to Heather Graham (fan girl gasp of amazement)! Not only did I sign Planning for Love, but my wonderful editor also had ARCs made up of Up To Me, so people got to dive into book one of both of my series. We were only supposed to sign for half an hour, but there were so many people in line that we just kept going. I signed until long past the moment when my hand cramped. Getting to talk to readers - fans who already had the ebook but wanted one in print, people who broke out in huge, expectant grins when I told them it was a four book series - that made my day. Made my year, actually. I was so honored to be included in that roster of authors. I'm exhausted, my ankle is still throbbing two days later--and I couldn't be happier.

Email ThisBlogThis!Share to TwitterShare to FacebookShare to Pinterest
Labels: #BEA14