Big News of a New Series!!!

I feel like I'm going to be telling this story over and over for years to come. Because it is rare that an author can point to the exact moment and reason a story idea came to them....and better yet, have it come to fruition. 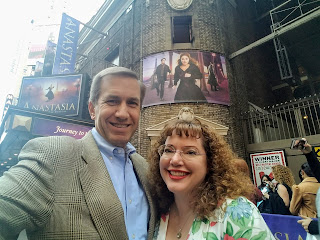 Last year my husband gave me two Broadway shows for my birthday. Unfortunately, Bandstand closed between the time we bought the tickets and the performance. Frantically, two weeks before the trip, I tried to score seats to a replacement show. And that is how we ended up at Anastasia. 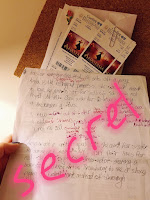 I loved it. The music, the book, the amazing sets...I almost launched out of my seat cheering at the end of Act One. And then? I spent intermission scribbling on the back of my ticket an idea for a new book. I didn't want the show to end. But as soon as it did, I was consumed with the possibilities for this new series. 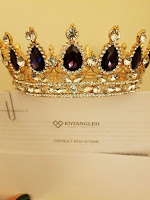 Fast forward to November, when I was so lucky as to sign a contract for my series about...well, my publisher won't let me tell you much yet. But there's a regular American woman who discovers that she's really a princess. She's not thrilled, to say the least. Neither is the woman she assumed was her sister. And her actual sister, the other princess? Also not thrilled. Is it safe to assume there are some happily ever afters - in tiaras - for all three of them? If you know me - or my books - at all, you know the answer is a resounding yes! 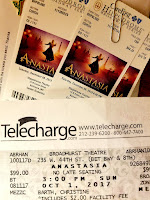 The most fun is that on Saturday, I'm going to the touring show of Anastasia with my closest friends. One of them has never seen a professional musical before. I'm so tickled to introduce her to a world that used to be my whole life. She's already warned me that the music might choke her up. Well, by the end of Act One, I might be in the same boat. Getting to share the experience that started this whole adventure with my besties (who are all writers and will totally get it!) is beyond amazing. Talk about coming full-circle!

Look for the first book at some time near the end of 2019. I promise I'll be dropping more tidbits as soon as I can.
Posted by Christi Barth at 10:44:00 PM