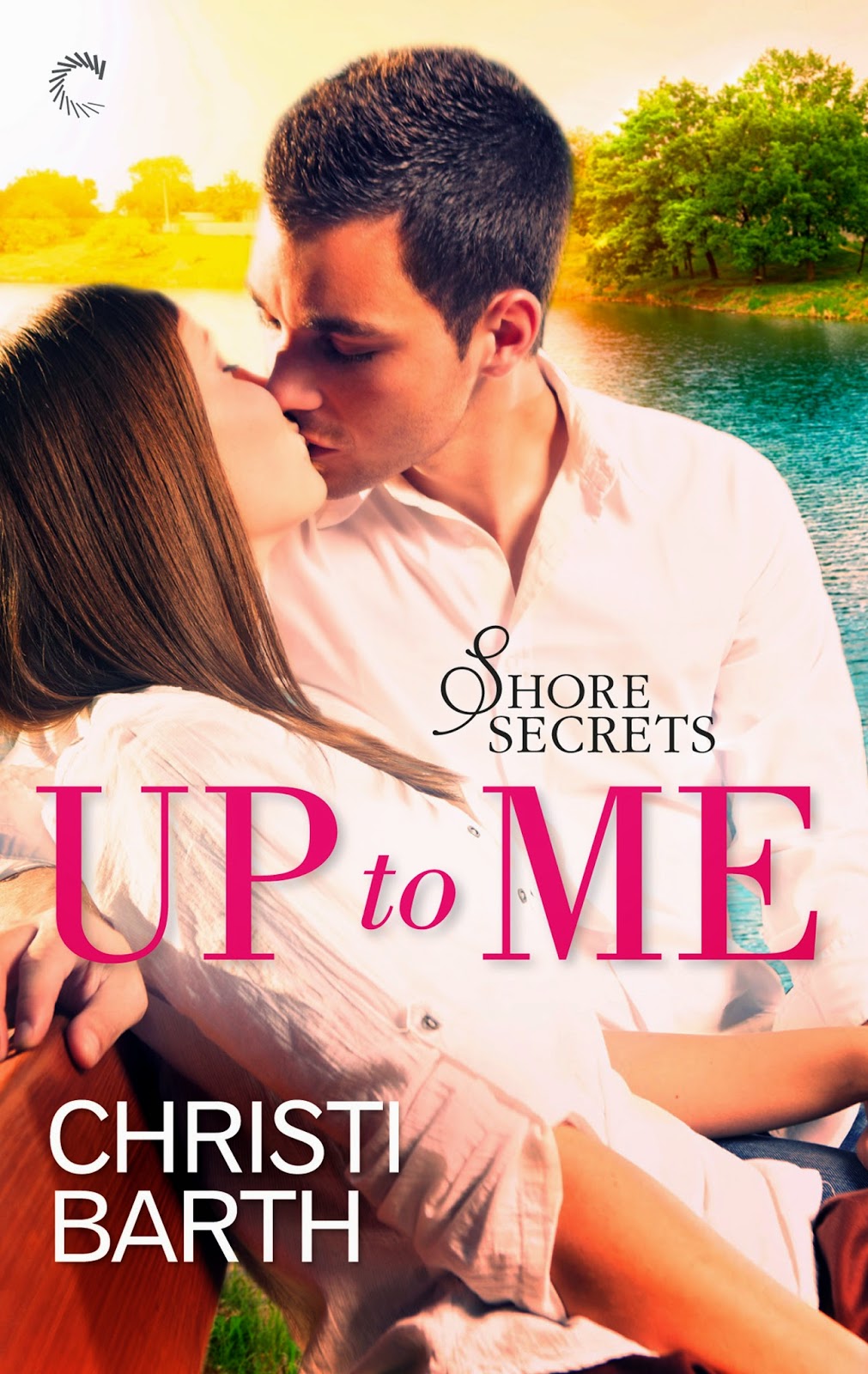 I'm super excited to share with you the release of Up To Me - the first book in my new Shore Secrets trilogy. It has a hot hero, funny BFFs, a heroine learning just how strong she really is, a beautiful setting, steamy sex, and some great twists to keep you guessing, gasping and laughing straight through to the end.

Bio: Christi Barth earned a Masters degree in vocal performance and embarked upon a career on the stage.  A love of romance then drew her to wedding planning.  Ultimately she succumbed to her lifelong love of books and now writes award-winning contemporary romance.  Christi is President of the Maryland Romance Writers and lives in Maryland with her husband.

A Hot New Baseball Romance in the Diamond Brides Series!

We are deep into baseball season now. Which means it is time for another release in the Diamond Brides series!

Photographer Jamie Martin gave up her fast-paced New York career and moved to slower Raleigh, NC to raise an unexpected blessing: her daughter Olivia.  Desperate for clients, Jamie is thrilled to land a job with the Rockets baseball team…until she discovers she must work with her ex-fiancé, who doesn’t know he’s fathered her child.Career-driven second baseman Nick Durban broke up with Jamie at college graduation so they both could follow their dreams. Seven years later, he gets a reality check when he learns about Olivia.Jamie is so determined to keep Nick out of her life that she tries online dating, never dreaming he is her perfect electronic match.  Can this out-of-sync couple get past their second thoughts and learn to trust each other again?

You can purchase it by clicking on the cover above. And here's a sneak peek that will suck you right into the story!