Discover a New Author To Love!

Everyone has the same problem. Favorite authors can't churn out books fast enough to keep up with our ravenous need for compelling reading material. But how do you find a new author that fills that void?

A big group of us from Romance Writers of America are participating in Teaser Tuesday, where we post a snippet on our Facebook page, and tag ten other authors to introduce you to. Check out snippets from all ten, and I'll guarantee you'll find an author so intriguing that you rush out to get all their books. To get you started, check out my snippet here. And let me know if you find someone new to love!
Posted by Christi Barth at 9:25:00 AM No comments:

To Series or Not Series - That is the Question

I'm thrilled to welcome one of my chapter mates, the fabulously talented Robin Covington. She writes hot contemporary romances--which should make me insanely jealous--but she's so darn nice that I forgive her for her writing brilliance. Today she's here to discuss the pros and cons of a series. 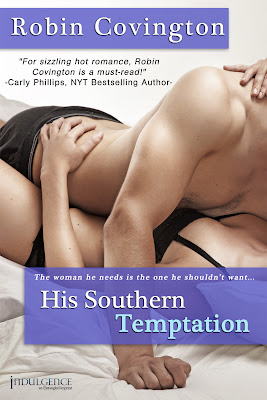 His Southern Temptation, the second book in my “The Boys Are Back” series for the Indulgence Line at Entangled Publishing . The first book, A Night of Southern Comfort, came out last year and I had many readers asking for their favorite “Boy” to be next. But, I always knew Lucky would be next and I was so ready to tell his story … and I was under contract (a great motivator).
So, as I wrote his book and as I write Book Three of Four in the series, I thought of the pros and cons of writing a series:


PRO:  You’ve created your world in the first book and you don’t have to start from scratch.
CON: You’re stuck in the world you created unless you write urban fantasy and you blow it up.


PRO: You get to revisit your favorite characters and see where they end up. So, the hero you fell in love with in Book 1 makes a cameo in the next one and you get to flirt a little.
CON: The characters you hate with a passion are there again…and again. Since I write with a little bit of suspense, I can kill them if I want but that could get messy.


PRO: You can spend more time developing characters from other books. No one is the same their whole life so this way you can show their growth from book to book.
CON: It can be tricky to keep main characters from previous books relevant and useful. Sometimes they need to stay in the background in order to make room for your new hero or heroine.


PRO: You have the perfect excuse to re-read your older books in order to maintain accuracy of people and places. It’s like visiting an old, beloved friend…


CON: You have to read the damn book again. You wrote and read it so many times in edits that you want to chuck it out the window…
Obviously, the pros for me outweighed the cons but I’d be lying if I didn’t admit to going through all of these emotions at one time or another. But, in the end, I loved revisiting my guys and I have a feeling that I’ll be sorry to leave when Book Four is complete.


Christi - thanks for having me today!
Robin 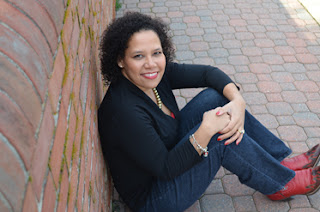 A Night of Southern Comfort, her best-selling debut novel earned 4.5 stars and was touted by RT Book Reviews as bringing a “fresh, modern feel to the genre while still sticking to the things that get our adrenaline pumping — sex and danger”. When she’s not exploring the theme of fooling around and falling in love, she’s collecting tasty man candy, indulging in a little comic book geek love, and stalking Joe Mangianello.
Robin is a member of the Romance Writers of America, the Washington Romance Writers, a faculty member at Romance University, a member of the Waterworld Mermaids, and a contributor to the Happy Ever After blog at USA Today. You can find Robin on her website, Facebook, Pinterest, and Twitter (@RobinCovington).
Robin lives in Maryland with her hilarious husband, brilliant children, and ginormous puppy.

A former Black Ops assassin, “Lucky” Landon has had more near-misses than a man should ever have. Now he’s out of that business and settling into the simple life in his small hometown. So the last thing he ever expected was to end up at gunpoint. Or that the woman holding the gun would be his best friend’s little sister and Lucky’s on-again/off-again lover.

Taylor Elliott is Trouble, and she likes it that way. And seeing Lucky again? Well, he’s been her dirty little secret for the past few years and everyone knows that secrets in a small town are almost impossible to keep. But Taylor has bigger problems on her plate. Like the local mob boss who wants her dead.